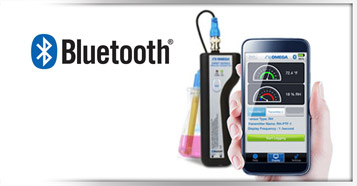 Bluetooth is a global standard for wirelessly connecting devices. Dr. Jaap Haartsen invented the Bluetooth standard in 1994 when he was an employee at Ericsson.

Originally, the idea was to replace RS232 cables with Bluetooth wireless. Later, Ericsson, Nokia, Intel, IBM and Toshiba formed the Bluetooth Special Interest Group to further the use of the technology.

Bluetooth uses radio waves to transmit data over short distances, up to 328 feet or 100 meters, although most devices have a more limited range closer to 30 feet due to interference. Bluetooth technology transmits in the 2.4 to 2.485 GHz range. It is a spread spectrum, frequency hopping full-duplex signal.

Bluetooth wireless requires a chip to transmit the radio signal and software to enable connections. It has a uniform standard for connection that has contributed to the proliferation of Bluetooth, and as a result, it is in a vast array of devices, from mobile phones to cars to medical devices and fitness monitors. Bluetooth is widely expected to play a key role in the evolving Internet of Things (IoT)

Conductivity and Temperature Monitor and Controller